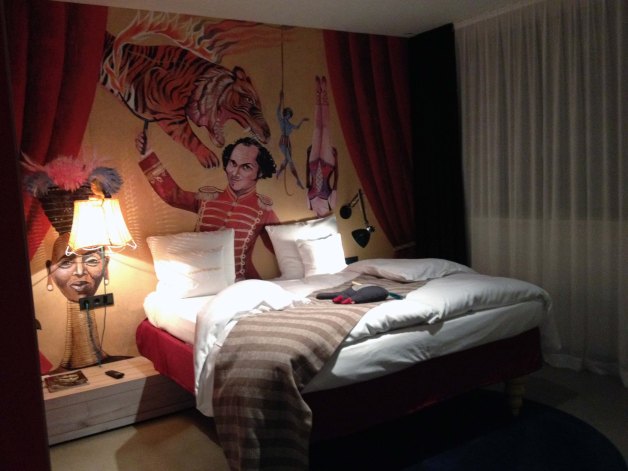 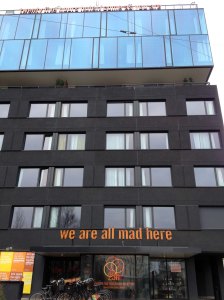 Vienna in January is for the über-hardy or slightly mad. I’m from Minnesota (hardy), but not a fan of frozen eyelashes. My Viennese survival plan was to wander the streets just long enough to feel the icy burn, then spend the rest of the time indoors. Thawing. Nibbling. Alternating between tea and beer.

To cap off 3×10-hour days of this nature, the boyfriend and I were seeking cozy, laid-back quarters. Circus theme optional. But hey! Bonus! The 25hours hotel chain applies various themes to its 8 branches, and took a light hand branding its Museumsquartier, Vienna hotel with big-top style: Yes on whimsical furniture and colourful, dramatic accents, but No on live monkeys wearing vests. I’m all for a playful theme, but I don’t need clowns in the lobby, that sort of thing. 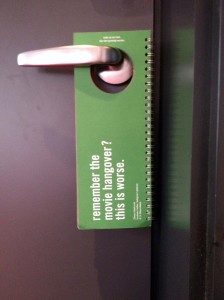 What I do need, apparently, is 25 ways to tell housekeeping to make up my room or not (via door tags, eg “Please place aspirin in front of the door, and leave”). Other needs were met with free WiFi, a loaner bike-messenger bag, and a quirky minibar. Besides these and a few other creature comforts, the hotel adopts a minimalist approach. As in many hip hotels that post-dated 2005, a spare aesthetic means edgy style but low cost. Here, simple metal racks replaced a wardrobe, crates replaced end tables, and a stuffed elephant toy…actually, I have no idea. 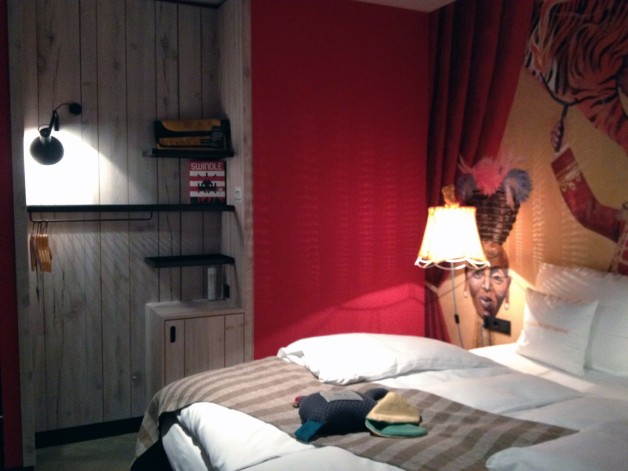 Brushed concrete floors lent urban cool without sacrificing cosiness. The room heated up quickly and felt much like a winter-proof den when we drew the floor-to-ceiling velvet curtains over our windowed wall. The room had plenty of dance space and the bathroom could have held a disco floor of its own. It was skylit and covered in slate tile that produced a Zen-like echo under the rainfall shower. The large, refillable toiletry bottles encouraged savings: plastic, costs, kleptomania. 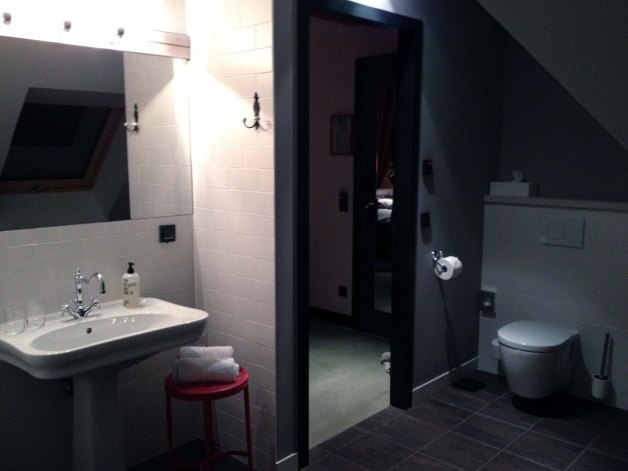 Downstairs, the lobby lounge presented relaxing corners and playful resources: a bench swing, a photo booth, an internet kiosk plastered with posters. Front-desk staffers spoke impeccable English, demonstrating efficiency and casual cheer, whether giving directions or manning the corner shop next to the desk, which sells travel-related ephemera and outrageous socks (4, please!). But possibly the best things these happy Austrians were peddling were free: bikes and car rides. A bike in January was fundamentally contrary to my self-preservation instincts, but a free ride in a Mini? The answer to every cold tourist’s prayers. The hotel has a partnership with Mini so a simple phone call from the front desk gets you a tiny chariot, on the house. 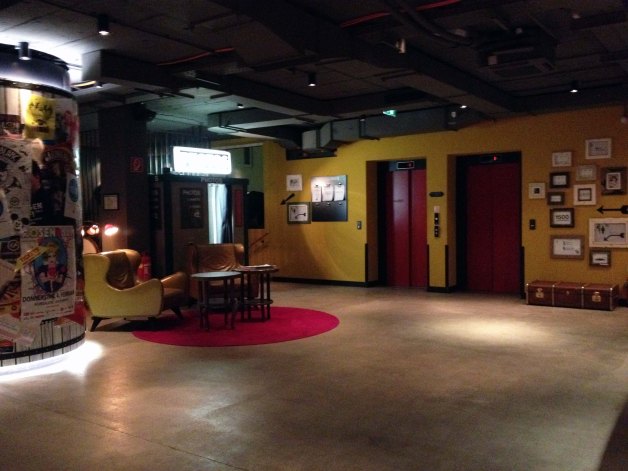 At the back of the lobby is an Italian restaurant, of sorts—1500 foodmakers—more zealous staff members, more urban-chic, and some really good pasta and pizza choices. (Though I was much more taken with the gnocchi than the white pizza.) In the summer guests can also eat at the hotel’s burger truck out front, overlooking a city park. 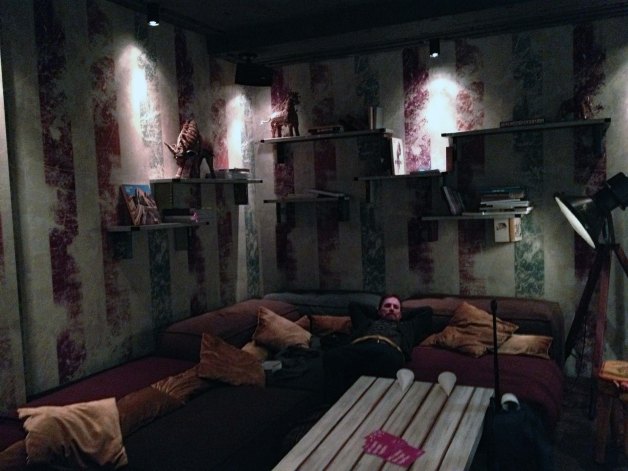 One of the only aspects of the hotel we couldn’t fully enjoy, being warm-blooded mammals, was a long terrace lining the 8th-floor, glass-fronted bar. Token city architecture can be admired from it, from Rathaus (city hall) to the Hofburg museums. And inside…what a bar! Impeccable cocktails, creamy Austrian beers, and a zeitgeisty soundtrack had stylish locals draped all over the low-riding sofas alongside hotel guests. Even on a Monday the bar was still half full at last call (1 am).

We were happy Brits abroad by the time we checked out of 25hours hotel. We’d seen cool stuff, we hadn’t incurred frostbite, and we’d discovered accommodations that squeezed extra fun into our itinerary, even if we chose to simply laze in bed, under the ringleader’s smirk. 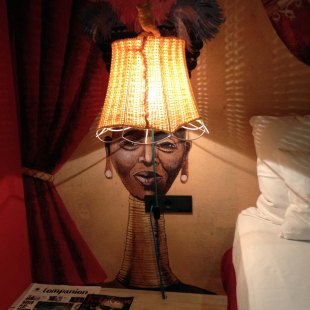 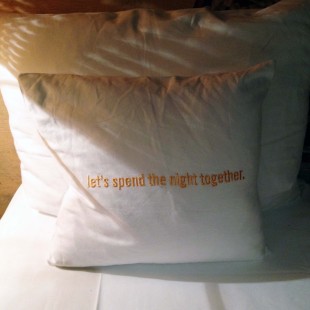